The Garraf presents to the ERDF the second project to promote active and healthy aging, through technological innovation 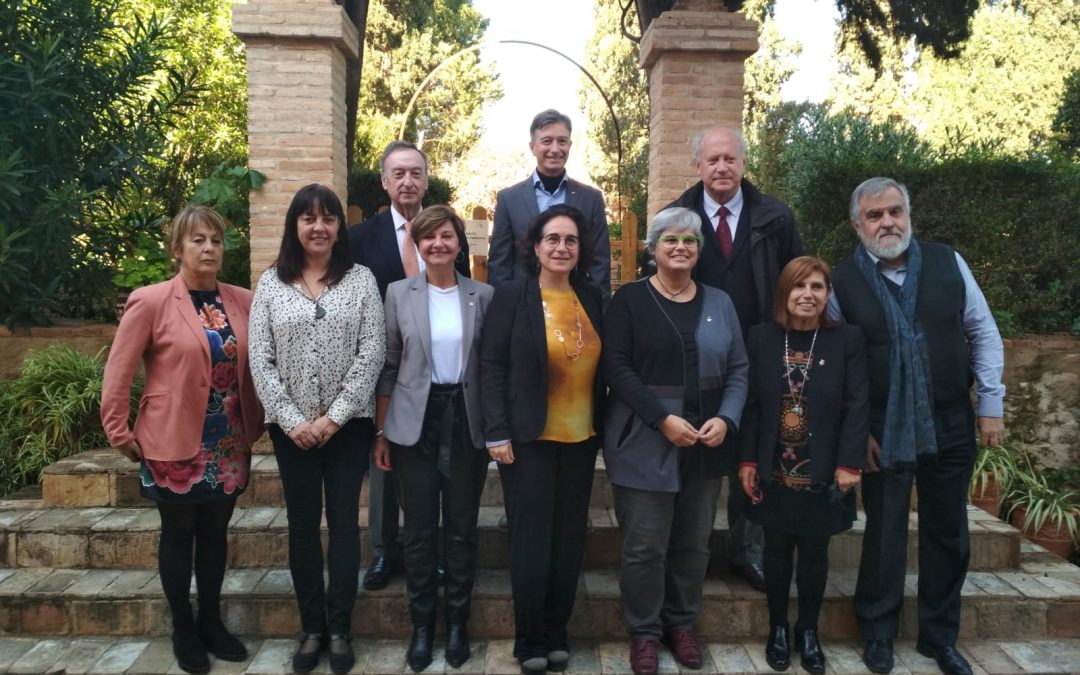 A project of the Institute of Robotics among the five actions to improve the processes of early detection of the loss of functional autonomy, diagnosis and remote assistance, through the development of technological tools.

This initiative has been submitted to the call for Territorial Specialization and Competitiveness Projects (PECT) of the European Regional Development Fund (ERDF), as part of the joint regional work strategy promoted by the Regional Council of Garraf, in accordance with the six municipalities, and the research and innovation agents of the region. The proposal represents the continuity of the first project “Active and healthy aging and dependence”, currently in full execution.

According to Abigail Garrido, president of the Regional Council of Garraf and mayor of Sant Pere de Ribes, “this first phase has been very satisfactory because we are working on different actions in the territory, together with the municipalities and entities in the field of technology and research, to carry out measures that help improve the autonomy of people with dependency and in the process of aging.”

“One of the strengths of this project, which is very well valued from the point of view of the Generalitat but also at the European level,” says the president, “is that we can have partnerships not only with public administrations, but also with other administrations and private foundations, and this allows us to obtain a very interesting territorial positioning on the issue of aging.”

Olga Arnau, mayor of Vilanova and la Geltrú, also participated in the signing of the agreement; Aurora Carbonell, mayor of Sitges; Rosa Hinojo, mayor of Cubelles; Rosa Huguet, mayor of Canyelles, and Marta Verdejo, mayor of Olivella, who valued this second project very positively because it will allow to implement the joint and transversal work developed in the first phase and thus respond to the social and economic challenges of the territory.

Similarly, Frederic Vilà, director of the Higher Polytechnic School of Engineering of Vilanova y la Geltrú; Antoni Reverter, vice president of the Ave Maria Foundation; Julio Molinario, president of the Robotics Institute for the Unit and José Luis Ibañez, manager of the Alt Penedès Health Consortium – Garraf and Olga Arnau, president of Neàpolis, have signed the agreement and highlighted the importance of this second project that will improve the care to people in hospitals and residences in the territory.

The project includes five actions to improve the processes of early detection of the loss of functional autonomy, diagnosis and remote assistance, through the development of technological tools. In this regard, the Alt Penedès – Garraf Health Consortium will develop a pilot test for the implementation of technological devices that facilitate local or remote diagnosis to 16 residences.

The Fundació Ave MarIa, meanwhile, plans to work on major improvements to the cloud software with “Never Alone”, as well as expand coverage throughout the territory.

Along the same lines, the Robotics Institute for Dependency will continue to develop the technology necessary for the creation of a fleet of robots that give personalized support to elderly people dependent on their home, promoting independent and active life.

Likewise, Neàpolis proposes the continuity of the “Silver Living Lab” project, a laboratory of technologies and solutions applied to active aging and dependence, with a second phase in which in addition to generating knowledge and facilitating companies and entrepreneurs in this field, A joint work strategy will be created. Finally, the Polytechnic University of Catalonia will develop an application for mobiles that allows the sending of data and alarms to a remote server, and then will make a pilot test with a population at risk in the region.

The total project budget is 1,258,593.29 euros, 50% of which would be funded by the European Fund. Project coordination would be carried out by the Garraf Regional Council. The General Directorate of Local Administration of the Generalitat of Catalonia plans to provisionally resolve this call in May.